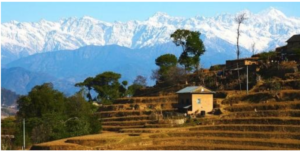 One of the first things we learn in the DTS is the YWAM motto upon which the mission is founded is: “To know God and to make Him known.” Yet one cannot possibly claim to know God if he/she does not even know His Word. So in the DBS we make the Bible the student’s companion for life! The student will discover the unified story of the Bible, be discipled by the Bible and will fall in love with the Author of the Bible. In this 12-week introduction to the Bible, the student will be given an overview of “God’s story” and will discover the purposes of God in it. The student will learn the foundational truths of Christianity by going directly to the source! Dissect the Word and chop it into little pieces to discover the deeper meanings – historically and culturally! The student will read the entire Bible, observe the chronology of biblical events, better understand each book in its historical context, understand the harmony between the books, be able to recognize the different genres of literature, and for each book, know why it was written and what the main idea is. 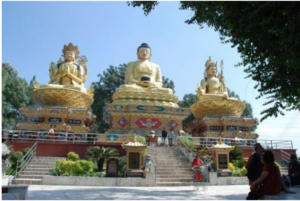 Kathmandu is the capital city and largest city of Nepal with a population of 1.5 million in the city proper, and 3 million in its wider urban agglomeration across the Kathmandu Valley. Kathmandu is also the largest metropolis in the Himalayan hill region. The city stands at an elevation of approximately 4,600 feet above sea level in the bowl-shaped Kathmandu Valley of central Nepal. Kathmandu is and has been for many years the center of Nepal’s history, art, culture and economy. It has a multiethnic population within a Hindu and Buddhist majority. Nepal’s tiny Christian population is reaching new heights. The country has one of the fastest-growing Christian communities in the world, tripling to more than 300,000 in the past 10 years. Those numbers are continuing to climb! In the DBS we have the opportunity to see God glorified in Nepal by showing the love of Jesus and discipling new Christian leaders! 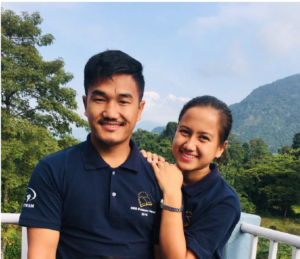 Dibas Tamang was born and brought up in a Christian family in Nepal. As a child, he had a dream to join the military, but he later felt the Lord saying to serve in the Army of God. So, in 2009 he attended the Discipleship Training School (DTS) in Kathmandu. In 2010 he attended the School of Biblical Studies in Kathmandu to do the New Testament and in 2014 he completed the SBS in Pokhara with the Old Testament. Dibash worked 5 years in YWAM Jiri (East Nepal) where he led the DTS and served in a local Church as worship leader and youth leader. Dibash and married Sujata in February 2018; and, in September 2018, Dibash served as staff and translator for the DBS Pokhara, which Sujata also attended as a student. Dibash and Sujata have a heart to reach the unreached in the mountain regions of Nepal and to disciple young people in the Truth of God’s Word while equipping them to serve the Kingdom of God with their God-given talents and skills.